On February 18, 2015, The Kalka Law Group's client was hit head on by a driver who ran a red light. Below is a photo of the damage to her car. 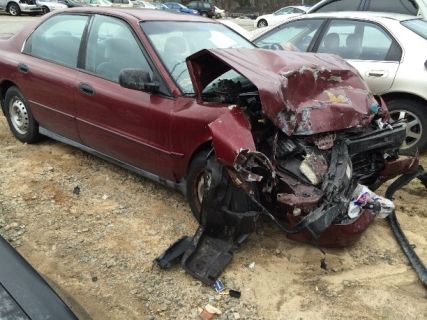 Doctors at the emergency room told her that nothing was broken; however, she experienced extreme pain in her right foot when trying to walk. Our client did not have health insurance. Nevertheless, The Kalka Law Group helped her see one of the top orthopedic groups in the state. Her orthopedic doctor correctly diagnosed a displaced fracture of her right angle and she had surgery on March 17, 2015. She is doing much better now.

After the client completed post-surgery physical therapy, The Kalka Law Group obtained a $225,000.00 settlement from the at-fault driver's insurance company.

If you have been injured in a car accident in Atlanta, do not hesitate to get in touch with the firm today for a free consultation.