In February or last year, our client was hit head virtually head-on by a driver who lost control of his truck. Police did not charge the driver with a DUI, did not conduct a breathalyzer, nor were any field sobriety tests given at the scene of the accident due to his injuries.

However, circumstances about the collision made us suspicious. For instance, witnesses reported that the driver was weaving in and out of lanes immediately before the collision and driving at a high rate of speed.

What Our Legal Team Uncovered With Our Investigation 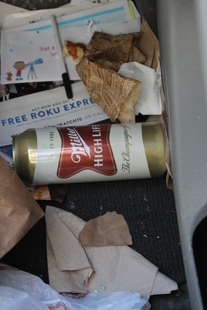 During our inspection of the vehicle, we discovered two empty beer cans on the floorboard. A download of the ACM revealed that a few seconds before the collision, the driver had accelerated. Photos from the scene showed heavy skid marks, i.e. breaking immediately before impact. All of this information in conjunction with eye-witnesses statements that the driver was weaving in and out of lanes moments before the collision seemed to confirm our suspicions: that the truck driver had been under the influence.

Dealing with the Insurance Companies

Fortunately for our client, she did not have any permanent injuries from the wreck. What she had was a $20,000 emergency room bill and about $10,000.00 in treatment from an orthopedic doctor and physical therapist. Her total medical specials cost approximately $30,000.00. The insurance company offered $50,000.00, which was thought to be fair based on the injuries.

They tried to explain their insured’s erratic driving by saying he was suffering from a “medical emergency” - i.e. that his erratic driving was due to an uncontrollable medical condition as opposed to alcohol (presumably this is what the driver had told his insurer).

Combatting This Argument with Proof of Drinking & Driving

We promptly filed suit. We provided our photographs showing empty beer cans to the lawyer hired by the insurance company to defend the lawsuit. We provided photographs from the scene showing large skid marks before impact as well as data from the truck showing acceleration promptly before slamming on the brakes. 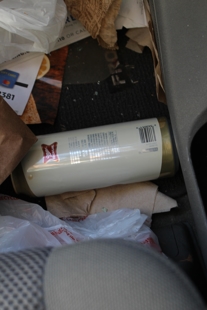 These actions demonstrate conscious behavior in disregard of life and limb, as opposed to an unconscious reaction to a serious medical condition. The lawyer convinced the insurer to tender policy limits of $100,000.00, which was the right result for all parties.

This result would not have happened but for the investigative work performed in the first few weeks of the wreck. The reality is that based solely on our client’s injuries, the insurance company’s initial offer was in line with an expected result at trial.

Had we not inspected the vehicle, took photographs, and downloaded the ACM, we would not have been able to marshal the evidence to prove that the other driver had been intoxicated while driving, which is conduct warranting punitive or additional damages.

Unfortunately, this evidence would have quickly disappeared we not immediately requested that it be preserved and gone out to capture it ourselves. Aggressive early investigation is vital in driving under the influence cases. You cannot rely on simply the police to conduct the investigation for you.

Beware, most “advertising lawyers” do not have the time to conduct the investigation necessary to prove your DUI case.

If you or a loved one has been seriously injured in an automobile wreck from a suspected drunk driver, make sure you hire a personal injury lawyer that has an early investigative plan – independent of the cops’ investigation. Early marshaling of evidence demonstrating drinking and driving may be the difference-maker.

Let our compassionated and driven Atlanta injury attorneys at The Kalka Law Group meet with you during a free initial consultation as soon as possible after your car accident. We can quickly uncover what the next plan of action should be and will even go out to collect the evidence ourselves.

Get the help you need – call 404-LAWYER1 today to speak with a lawyer!